What happens when discourses about slavery, tourism and celebration come together? In January 2019, the President of Ghana announced the Year of Return, a landmark spiritual and birth-right journey for the ‘Global African family’ and the African diaspora. An official commemoration of the 400th anniversary of the arrival of the first enslaved Africans to Jamestown, Virginia, the Year of Return purported to celebrate the resilience of all the victims of the Trans-Atlantic Slave Trade who were displaced in the Americas, Europe and Asia. Several events were held throughout 2019, with a culmination in December where the holiday season brought thousands of tourists, families and people seeking to connect to Ghana. These celebrations, it was reported, brought a lot of travel, tourism and investment into Ghana, echoing the long histories of relationships and narratives that have been sustained via heritage sites and Ghana’s place as a home for resident Afro-descendant communities. Amidst the excitement of parties, celebrity sightings, conversations about diaspora contributions, the art and culture scene—all which were primarily in Accra—the Year of Return inevitably revolved around the black cultural elite, and people with the economic means to travel and attend these events.

Subsequently, critiques about the profit-motive behind these celebrations emerged, asserting that the government saw this as more of an opportunity to boost tourism revenue, rather than instituting a transformative relationship between Africans and its diaspora, something that could perhaps be more national, long-lasting and educational. These critiques are valid and draw attention to a larger conversation about Ghana’s relationship to all of this, and more importantly, to itself. Beyond the Year of Return’s failure to be more expansive and inclusive, it also cements the familiar image of Ghana as a homeland, and the diaspora—descendants of enslaved Africans, and African immigrants alike—as those who finally, return home.

But home is perpetually elusive, and claiming our connection to each other is simultaneously a practice of loss and of promise. As Saidiya Hartman shows in Lose Your Mother, kinship is much as beholden to exclusion as affiliation, because the history of slavery in Ghana revealed ‘the fragility and precariousness of the grand collective we that had yet to be actualized’. On a journey to trace an elusive past and find out more about those ‘who left behind no traces,’ Hartman attempts to follow the slave routes in Ghana, choosing it because of its possession of more dungeons, prisons and slave pens than any other country in West Africa. Traveling through Accra, Elmina, Cape Coast, Salaga and Gwolu, Hartman discovers a series of ambivalent, thoughtful and complicated sentiments about this history. Any sense of a shared, collective memory is troubled as she realizes that many people are unaware of the scope and lingering effects of the transatlantic slave trade, beyond its association with African-Americans and cultural tourism. Following this, celebrations that are framed as the Year Of Return situate Ghana as a stable fixture in this matrix of loss, kinship and reconciliation. In doing so, they miss a real opportunity to produce critical conversations about Ghana’s own internal relationship to slavery, colonialism and oppression. In other words, how the nation might cultivate its own elusive practices of return and reconciliation.

Indeed, nationalist ideas about identity often ignore the lineages and histories of their very formation, as well as the violence, erasure and deceits that sustain them. As Bayo Holsey explains in her work Black Atlantic Visions: History, Race and Transnationalism in Ghana, nationalist narratives deliberately obscured Ghana’s history with slavery, as it was associated with backwardness, focusing instead on colonialism and the struggle for independence. European writers and explorers constructed a barbaric and degenerate Africa in need of civilization because of its historical relationship to slavery. Eager to challenge these narratives, nationalists such as Kwame Nkrumah sought to cultivate a national identity that would be rooted in histories of past glory and not African inferiority; this desire led to the selection of the name Ghana, after the legendary ancient empire. In this story, Ghana’s achievement of nationhood becomes the triumphant end-point of its struggle for freedom and independence—a harmonious collection of several groups and nations under one. Noticeably, this general account does not only flatten the histories of how we got to where we are, but also shrinks our scope and ability to have critical conversations about what the tragedies of slavery and pre-colonial conquests do to us, even as we deny their reach. The trajectory of colonialism to independence is a much easier route to take rather than the muddled and contested history that indicts Africans for supposedly selling each other, or those outside their own communal kinship systems. As such, the history of slavery in Ghana becomes an omitted, sore spot, only relevant once we encounter the diaspora. Deemphasized in schools, it takes a backseat to what Holsey calls a romantic optimism about Ghana’s overall history.

This is a mistake. Relegating the history of slavery to institutions such as the Dubois Center and similar cultural centers or academic institutions is a failure to facilitate what should be widespread public education and engagement for all. Perhaps, in doing so, we hope to by-pass any shame, a question about what complicity might mean in this context, a fever-dream about how we got to where we are. This is, of course, simply a salve over a deep wound. In everyday speech, casual conversation and public discourse, Ghanaians reproduce the idea that our relationship to slavery in particular is a testament to our savagery, backwardness, or any other anti-black evolutionary idea. (After all we sold each other, and even if we didn’t we sat there for them to come, we did this, we didn’t do that, we…) Whether accurate or not, these ideas remain entrenched, a part of what justifies our eventual colonization by the British in 1902, years after they, supposedly, abolish slavery. Colonialism is inscribed as a benevolent force of literacy, development and Christianity—all pointing to essential African depravity. What do we do with all this? The weight of this reckoning too much, we prefer to imagine a modern nation on its way to becoming a liberal democracy, the past sullied with stories that remain difficult. With a center in the most cosmopolitan parts of Accra, and the most ideal citizen being well-off, English-speaking, Christian and heterosexual, we hope to enter full humanity.

Despite or perhaps because of these nationalist attempts at hiding shame and fracture, anti-black ideas persist everywhere: in our textbooks, in blog-posts, on our radios, in churches, in our private conversations with family, friends, with our teachers, in our homes. We cultivate a national pride that is seemingly rooted in a celebration of indigenous culture, but remains apprehensive of history. Our shame is revealed in our class anxieties and blatant disregard for those who neither have the economic nor social power to become cosmopolitan Africans. This shows up in how we police speech, dress, hairstyles, and indigenous religious practices in order to consistently reproduce Eurocentric ideas of being. It shows up in our commitment to development logics that punish the poor, remain obsessed with discipline and punishment, and fail to challenge systems of power that continue to rob the nation. It also shows up, infamously, in the ethnocentrism—connected again, to slavery and colonialism—that props up Asante cultural hegemony, and produces consistent disavowal of the Northern, Upper East and West regions of the country, regions that face unashamed disregard when it comes to issues of development, equity and access.

With all this, it is inevitable that the Year of Return celebrations will primarily revolve around politicians, state institutions and a number of cultural centers based in Accra and other major cities, removed from a majority of the populace. Ultimately, this celebration offers little for the majority of poor and working class Ghanaians, as it refuses to examine the legacies of empire and class warfare that have constructed Ghana today. What truly is the value of a year of return that doesn’t compel us to turn inward? To critically look at and change our national curriculum, for example? This is how a country that gains positive press for organizing a memorial service for George Floyd, also permits police forces to shoot at people who organized a vigil for him and other victims of police violence in Ghana. It is also how it destroys residents’ homes in Jamestown, Accra, for a fishing harbor complex during a global pandemic.

How do we build critical public memory against a dishonest state? How might the unearthing of fracture and an acceptance of its discomforts move us to articulate a past that is indeed present, and a present that is perhaps more honest? Although popularized as an ethos that returns us to the value of what is past, the utilization of Sankofa sometimes fails to recognize that the past—how, when and if it is articulated at all, is subject to narration, and to desire. Even Sankofa’s proliferation as a powerful Ghanaian symbol reveals the limits of setting cultural narratives to one cultural or indigenous group. In the meantime, amidst the acknowledgement of the vast structural change that is needed in relation to these matters, we are nonetheless equipped with a glut of literature, music, plays, etc., that can reorient us. These works attempt, not to flatten our distinct histories and geographical realities, but to create relation between Black people amidst our ‘knowing and unknowing’ (Wright 2020). One early, timeless example of this can be found in the character Sissie, of Ama Ata Aidoo’s My Sister-Killjoy (1977). Sissie, our sister, our killjoy, seeks to find a new language with which to express herself freely. She is critical of  her own origins and the category of an ‘African woman’, defying linearity and coherence in order to break apart fixed ideas of who she might be. Even the form of the text challenges literary convention, as the poetry Aidoo intersperses between the texts—as litany, as prayer, as political commentary—expand across an array of meandering questions and musings.

Likewise, the stories of our dispossession and triumphs do not simply correspond to grand narratives about origins and nationhood. Like all stories, they are non-linear and entangled with many others:the Tabom/Ga-Adangbe people of Afro-Brazilian descent, the presence of West Indian missionaries in Gold Coast, the reification of colonial borders that keep families on either sides of two nations, to mention a few. By paying attention to our own internal relationship to slavery and colonialism, we might be able to look beyond the nation as a coherent body. We might be able connect our lives to those who were taken, and by extension commit to standing against the anti-poor, anti-black systems of exploitation and political intimidation that people face. 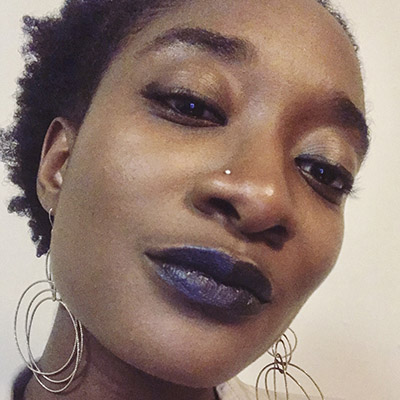 Akua Antwiwaa is a writer and musician from Accra