The Tragedy of Alfa Hassan

Hassan Alfa was still a child when he discovered he had a talent for trade.

He loved buying, selling, and the day-to-day administrative tasks of business. These, coupled with his honesty and integrity, made every of his ventures successful. As he grew, he would buy and sell clothes in small quantities at the famous Kwari market in Kano, supervised by his father. He excelled at it, because he was trusted by everyone.

And so at 24, he applied to a university in Egypt to study Business Administration. His uncle, having spotted Hassan’s talent, was going to sponsor this dream.

The week he expected to hear back from the school, he was nervous and agitated, anxiously looking forward to being offered admission. Everyday he would rush to the door if anyone knocked, thinking that perhaps it might be the delivery man bearing his offer of admission. Everyday he would check his email, refresh it over and over if there was no new email at the top. Or he would switch off his data connection and put it back on, just in case there had been an internet problem. In fact, the morning of the day members of the Special Anti-Robbery Squad (SARS) kicked down their door in 2013, and stormed the house to take him and his older brother, Auwalu, he had been trying, again, to check his email. Trying, again, to leave the country that would eventually kill him.

The SARS officers bundled him and his brother, dragging them away and into their van waiting outside. Ignoring all questions and screaming at them to shut up. First, they were taken to Sheka Divisional Headquarters, the police division in their area. On entering the cell, the policemen pounced on them both and began to beat them up with a force that Auwalu would later describe to me during a phone call as “senseless.” They used planks of wood, batons, canes, horsewhips, and so many other things that the two brothers could not see or make sense of. They mostly targeted their heads.

“They said we were armed robbers, and they wanted us to admit that we were. But we couldn’t, because we weren’t armed robbers.”

The following morning, they were transferred to Kano State Police Headquarters, Bompai Criminal Investigation Quarters, and thereafter taken to the SARS,  where more police men pounced on them and continued to beat and torture them in slow, excruciating ways. Seven years later, Auwalu still cannot talk about the torture. Their father, Malam Abdullahi Alfa, went many times but was refused access to his children. Hassan and Auwalu were repeatedly refused bail, even though it was their constitutional right as contained in Chapter IV of the 1999 Constitution of the Federal Republic of Nigeria (as amended).

On their second day in the SARS cell, they were stripped again and beaten and tortured by the police. They were hardly breathing by now, and lay almost immobile on the cold, hard floor. In the middle of this beating, Hassan’s screams for mercy ceased, and his heavy, painful crying and breathing began to fade into whimpers, and then into silence. Auwalu, who was 25 at the time, was in great pain himself, but he could see that his baby brother was slipping away.

“It is by the grace of Allah that I am still alive today. I don’t know how I survived. I was very close to dying,” he told me later.

Auwalu pleaded with the police for a long time before they finally agreed at around 10pm, to take his brother to Murtala Mohammed Specialist Hospital.

They brought him back to the cell at around 3am. But shortly after, Hassan started to bleed through the mouth and ears. The police neither took him back to the hospital, nor agreed to call his father to do so.

“I begged them for nine hours. Nine good hours, before they finally called Baba to come take him to the hospital,” Auwalu says.

“By then, he had already gone unconscious. When Baba and his friends came, they rushed him to the hospital where he was declared to be in coma.”

Hassan spent a couple of days in the hospital and in a coma.

The doctor noted in a document later tendered in court as an exhibit, that he had died from the head injury he sustained from the beating. His death certificate also carried the same information.

The death was both a shock and a source of immense pain to the family and everyone who knew Hassan, or had witnessed him and his brother being taken away by SARS that day. In the space of one week, so much had happened; their lives were overhauled and for the worst.

The day Hassan died, SARS officers stormed the house again, and this time arrested his grieving father. He spent a night at the police station. “They just desperately wanted him to agree that Hassan had been an armed robber,” Auwalu said.

Later they would learn that it was their cousin, whom Hassan and Awwalu had had a family disagreement with, who had reported them to SARS in a moment of spite. And even then, she had not reported them on robbery charges or anything remotely close to that.

Lawyer and human rights activist, Bulama Bukarti esq. represented the family at the Federal High Court, in a civil case with suit no. FHC/K/CS/84/2013

The judge, Hon. Justice Fatun O. Riman, found the police officers to be responsible for the death of Hassan.

“This is a bizarre case of murder of an innocent citizen by the police,” he noted in his judgment. “The torture of the applicant and the deceased is unlawful, barbaric and illegal.” He asked the Inspector General of the Police to “do something.”

He also awarded the sum of 10 million Naira in damages to Hassan’s family, and an order for public apology. Seven years later, none of these have been granted. The police officers appealed against the decision of the court, but the appellate court upheld the decision of the lower court.

The SARS officer, Yusuf Kolo, who was alleged to have overseen the murder, was instead transferred to Abuja and made the Head of SARS, says Bulama Bukarti esq.

“They murdered my son for me, and yet would not do what the court ordered. This October makes it seven years. Hassan died on 26th October, 2013,” his father told me.

Auwalu was both nursing his own wounds, and mourning his brother.

Three days after Hassan died, there was another knock on the door. A man had a package in his hands for him. His father answered the door, and took the envelope from the man.

It was a letter offering Hassan admission to study Business Administration at the university in Egypt. 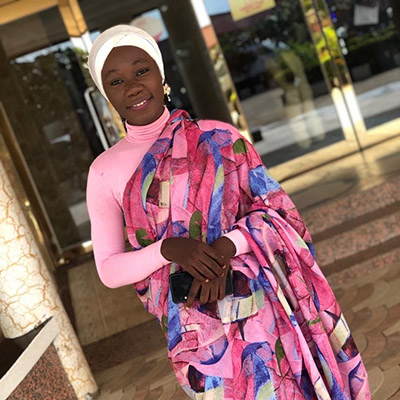 Hauwa Shaffii Nuhu is a poet and essayist from Nigeria, whose work has appeared on Popula, Ake Review, Lolwe, The Republic, 20.35 Africa, Jalada Africa, and elsewhere. She is a 2018 fellow of Ebedi Writers Residency. She lives in Minna.