none of it belonged to me:
the farmlands ransacked by generations of hands.
the years of raw tubers sliced thin and eaten. the
tree my father broke his back trying to climb
twelve years younger than the age i am now.
reddish-brown of village roads the colour
of papyrus roots. the village slowly burning.
the sound of monkeys fleeing trembling branches
to weep in the river. metal carcass of abandoned
vehicles eaten away by rust. the gardens uprooted
to make room for the dead. the barren months
with no news of those waiting to return. those
who will never again. not even their names.
not even the mouths left unable to gather them.
someone swore that their need to be with us
was greater than our need to be by ourselves.
then houses filled with ghosts. and the next day
history took on a new meaning. so did home.
so did country.
the first time i went home, my cousins said
i am only igbo because my mother tells me so.
they meant i could not live in one place
and dare to belong somewhere else. this ungentle
hazing. this apocryphal separation is the wound
i am made of. jagged language in which i can speak
of home, but not how to get there.
i killed a snake once, out of fear for my own safety.
it was a taboo to do so. my aunts made me mourn it
like it was my child, like it was something
that had come out of me. and maybe it had.
home too is a snake. it comes hissing through
the incalculable distance. that entire trip
i spent the afternoons living in a tree
peeling the skins off tangerines, careful to leave
the fruit unharmed. when i closed my eyes
there was so much darkness. i couldn’t see
the end of it or separate what was there before
and what was only just arriving. how much of
the hooded shadow belonged to me. 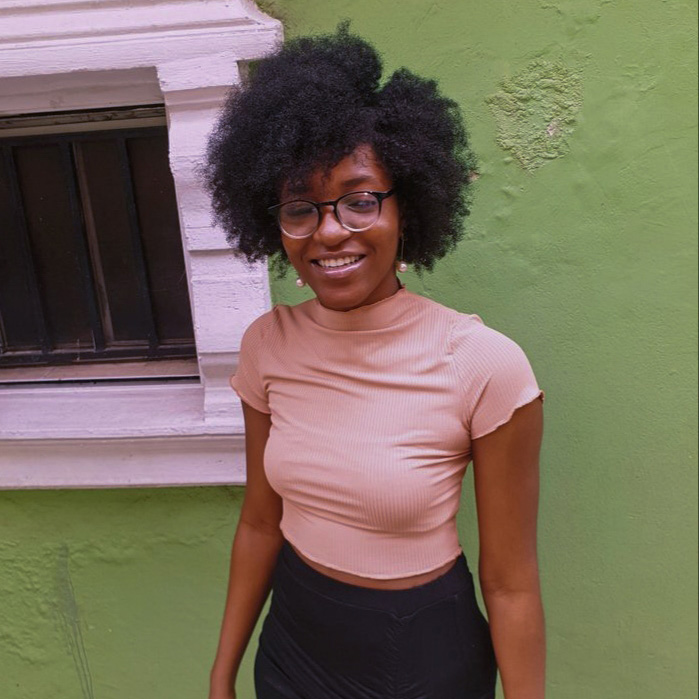 Precious Arinze writes poems and essays when they are not sitting in Lagos traffic and contemplating the decisions that have led them to make home in this city. Their work has appeared in Arts and Africa, The Republic Journal, Up the Staircase Quarterly, Electric Literature, Glass Poetry, and Berlin Quarterly amongst others.