“In these poems: music, images, and insinuation collide in a gesture at once oracular and electric with possibilities.”
— Editor’s Note

Men have been in the business
of naming things since Adam named
the animals in the garden. We are men,
and on this basis alone our lord agrees
with whatever we christen a thing.
Noah called the rainbow a promise
that the world will never again
be destroyed by water.
Like he knew he won’t be available
that summer afternoon when the tsunami
ended many worlds. It is arguable
that our lord was never in accord with us
but it would mean we are not his mouthpiece
and that everything we have said is untrue.
But we are men, and on that basis alone
we cannot be wrong. Our species cannot always come
up with new names for creations,
and this is where we fail. Not that our lord minds.
The man whose invention lifts loads
to unbelievable height called it a crane.
After watching a herd of wrens circle
the dome of a cathedral, another man
named his tool a wrench. My father,
thinking I will never leave him named
me after a spring. If the bird at its peak
of flight cannot reach the top of the crane,
it is pressured or burned from the failure
of not living up to its name as I am.

He was nothing like his photo
from my mother’s high school yearbook.
He stood straight, as though he could resist
the years from bending him. When he arrived
with his forlorn eyes, I couldn’t tell he was the man
who named me, whose face I wear. The man
who I knew only by voice walked across the park.
He dragged a leg behind him. When he met me
he didn’t have a liar’s eyes, but when he said
work kept him away I imagined him with a cup in hand,
dragging his bad feet after pedestrians
who have given him money as if giving them a show
for what they paid. I imagined him in a studio apartment
littered with takeout boxes. His excuses
made his absence loveable. Although my father knew
there would be nothing between us beyond mutual
acknowledgment of blood relation, he tried
to impress me with talks of a concert
he will be opening. He wore a suit and
a clean shave, he put a hand on his shirt stain,
he looked away when he twitched.
Before he left, he said “you will always be my boy.”
He feigned a hook with his left hand,
and I wanted him to topple as he shifted
his weight to his weaker foot. I wanted him
to smell the earth of the city that made us. 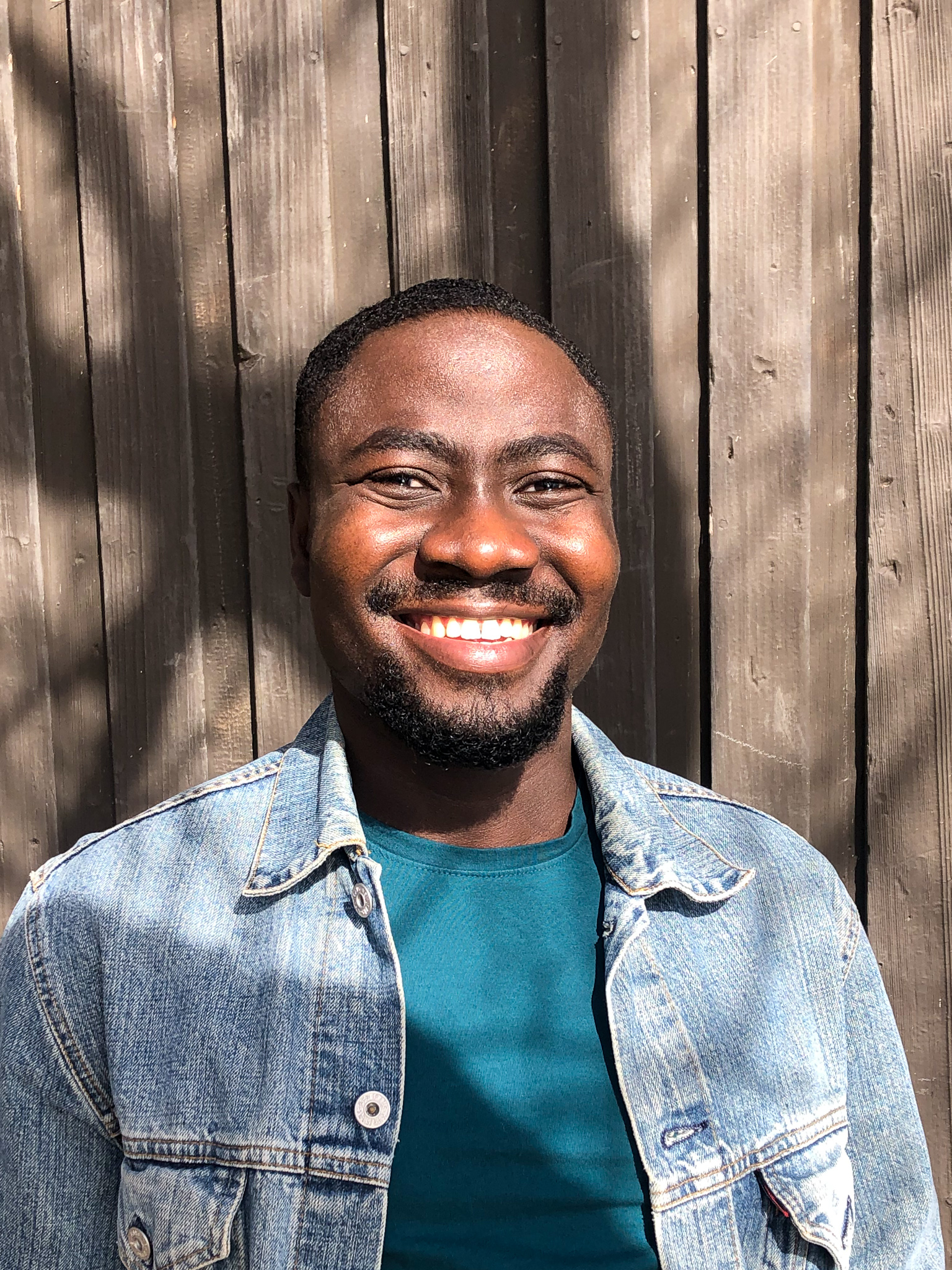 Ajibola Tolase is a Nigerian poet and essayist. He graduated from the creative writing MFA program at the University of Wisconsin-Madison. His chapbook, Koola Lobitos is forthcoming as a part of the New Generation African Poets Series edited by Kwame Dawes and Chris Abani in Spring 2021. His work has appeared in LitHub, Prairie Schooner, and elsewhere. He is a 2021-2023 Stegner Fellow at Stanford University.