A Fuller Portrait: The extents of Nigeria’s English literature (1)

Right up till that gloomy Port Harcourt morning it has been said that Ken Saro-Wiwa did not believe the Abacha junta would press ahead with his execution. His business dealings had entangled him with the military and he had become fast with some of its leading lights. Abacha was a personal friend and all of it—the trial, the sentence—had to be an elaborate but very realistic ruse that would be revealed any moment now. Forgotten for the moment was a certain Mamman Vatsa, killed on the orders of the previous dictator despite the many intricate linkages they shared. And even more apposite was Moshood Kashimawo Abiola, who, like Saro-Wiwa, had put too much stock on the wiles of prospecting soldiers. There was, as well, the question of international sentiment, which, it was assumed, weighed the balance of justice on the side of the activists.

In the early hours of November 11, 1995, Saro-Wiwa was hanged to death by the neck, lost to a deadly blend of tyrannical machismo and capitalistic expediency. Eliminated, ultimately, on account of their inconvenient activism, there would be no concrete monument to their sacrifice: their bodies were unceremoniously interred in graves quickened with lye. For Saro-Wiwa, the acclaimed writer who had pushed the boundaries of the language of Nigerian literature, it was an ignominious end to what had been an illustrious life.

Two years earlier, hired guns had invaded the Port Harcourt home of another writer with much less acclaim (the writer, that is, not the invasion), kin, nevertheless, in more ways than one to Saro-Wiwa. “The consequence of this kind of literature,” Obianjuwa Wali wrote in 1963, “is that it lacks any blood and stamina, and has no means of self-enrichment… The ordinary local audience, with little or no education in the conventional European manner, and who constitute an overwhelming majority, has no chance of participating in this kind of literature.” Enter Soza Boy: A Novel in Rotten English and Basi & Company, a rave TV sitcom that ran on national television from 1986 to 1990.  When Wali was found in his bedroom, it was in blood all his own. Despite taking their time to skewer him, Wali’s killers are as unknown as Saro-Wiwa’s is infamous.

Desecrated in death, Wali’s place is nevertheless consecrated in the duller lights—than imaginative literature—of African literary criticism. His defiant post-Makerere proclamations on the language of African literature remain compelling today, even if its arguments have been ignored by all but Ngugi wa Thiong’O. Linguistic drudgery, as Wali predicted in Transition 10, produces ever more sophistication as imaginative literature attains more legendary levels of dreariness. Wali’s Great Commission, laudable as it is, has simply proven too onerous for practitioners content to tether their artistry to the commodious behemoths of French and English, and the “global” cultures they sustain. The more perceptive of us might see here a parallel to the akótilétà Nigerian leader who frequents foreign hospitals because the facilities are just so much better. But perhaps this is just cataracts, a solecism of vision.

From his tone, Wali seemed to have found proceedings at the 1962 writers’ conference in Makerere—particularly its failure to arrive at a definition for African literature—somewhat contemptible and had primed his missive with this singular failure. Boom went the cannon. Two years and eight Transitions later, a response from the putative deity of African literature would arrive, served with a soupcon of sarcasm and the righteous indignation of the persecuted. Achebe’s arguments stemmed from the simple fact that he felt condemned to write in English—everything else was added unto it. More importantly, Achebe reports that a follow-up conference in 1964 in Freetown managed to define African literature, laughably, according to him at least:

But I could not help being amused by the curious circumstance in which Conrad, a Pole, writing in English, could produce African literature, while Peter Abrahams would be ineligible were he to write a novel based on his experiences in the West Indies.

Achebe’s invocation of Joseph Conrad is also an invocation of the six months the Pole spent in the Congo before producing Heart of Darkness. By contrast, the nature of African displacement has changed radically since then. It isn’t now simply a question of slavery, trade, or academic studies but of outright emigration and the resulting hybrid identities. After his unfortunate motor accident, Achebe himself lived in America for more than two decades. Secondly, Achebe’s overly concrete idea of setting leads to an important oversight. For what it’s worth, Heart of Darkness was a European unravelling to which Africa was only incidental; and just as well because what could Conrad claim to know about Africa anyway? Accepting Conrad’s novella as African literature is about as accurate as accepting Little Liberia, Johnny Steinberg’s excellent examination of post-war Liberian lives in a New York enclave, as American literature. Like Heart of Darkness, the comparison carries right into the metaphor: with the political convulsions wracking the US today, only the outbreak of full-blown warfare prevents it from being Overwrought Liberia. Steinberg, note, is a compatriot of Abrahams.

Achebe did not also envisage that Peter Abrahams could integrate himself so well into the West Indian experience that he writes a novel based not on the experience of an African in the West Indies but on the experience of, say, a Trinidadian in Trinidad and Tobago. Would that be African literature? There are circumstances under which this novel might be considered African literature; for instance, if the narrator is an African consciousness through which the unfolding Caribbean events are filtered. (The wickedly sarcastic commentary of Barbet Schroeder’s camera in Idi Amin Dada: A Self-Portrait immediately springs to mind.) In most cases, it would be a Trinidadian novel written by an African writer—and perhaps, because of that, more available to an African readership than other Trinidadian novels would be. In terms of Nigerian writing, Yewande Omotoso’s Woman Next Door is a perfect illustration; it is a thoroughly South African novel written by a Nigerian writer.

In 2019, I had the good fortune to catch a screening of Sankara n’est pas mort at the Africa International Film Festival. Sankara n’est pas mort situates Bikontine, a young Burkinabe poet, at a crossroads in the aftermath of the 2014 protests that ousted Blaise Campaore, the man who cut Sankara short in his prime. The dread continuities of the postcolonial African state soon throttle the euphoria of revolution and Bikontine is left pondering a question many of Africa’s youth have to face at some point: to stay or not to stay? To dislodge himself from the horns of this existential dilemma, he trails a railway from Lareba up to Kaya, a terminus with some significance for Burkina Faso’s long-dead hero, conducting, in the process, a remarkable and deeply poetic Burkinabe reckoning. Guided by Sankara’s unquenchable idealism, Bikontine reacquaints himself with his country—its history and its present—through the diverse cast of everyday people he encounters in their quotidian pursuits. That this film was conceived and directed by Lucie Viver, a French debutante, is never apparent until the credits roll. I had in fact watched the film in advance of the festival screening and had resolved to ask whose idea it was at the Q&A I was to conduct with Viver after screening. The depth of Viver’s achievement becomes even more apparent when Sankara is splayed on the slab alongside a novel like Teju Cole’s Every Day is for the Thief. Both are African reckonings in their own way, but only one is imbued with the convivial humility of community. Perhaps because Teju Cole’s controlling presence is helicoptered in, the eventual result is accurate but deeply offensive, marred by a Naipaulesque condescension to its subject.

Now, Sankara is a wholly Burkinabe story; undeniably an African film. Except you are one of the selectors at FESPACO, the ultimate showcase of African film resident, ironically, in Ouagadougou, Burkina Faso’s capital. FESPACO’s decision to exclude Sankara from the festival was based on the identity of its director, a white French woman. Viver’s film couldn’t possibly be African—regardez la!

Back in her native France, Sankara is regarded French, no questions asked, especially as the French never really stopped thinking of Francophone Africa as a satellite of the homeland. By contrast, neither Ireland—where Aoife O’Kelly is from—nor the UK where she works would for a moment consider Walking with Shadows, the indifferent cinematic adaptation from the Jude Dibia novel of the same name, Irish or British. (The film is raté, its failure stemming from, among other things, the fact that O’Kelly knows too little of the subject she must shape.) But despite its director, Walking with Shadows is a Nigerian film; full-stop.

With the benefit of fifty-six years of hindsight, the consensus definition in Freetown of African literature is remarkably precise. “Creative writing,” Achebe reports, is that “in which an African setting is authentically handled. Or to which experiences originating from Africa are authentically handled.” Of course one has to unmoor oneself from traditional conceptions of setting and admit, as in our experimental Trinidadian novel, the bona fides of the narrating consciousness. This means any place in the world can be an African setting, especially given the fact of modern African displacement.

While this seems fairly straightforward today, it was unfathomable when Achebe wrote his apologia. These were not times when Achebe would have imagined he would relocate permanently to the US. J.P. Clark, then one of a clutch of stars on Nigeria’s literary firmament, had been reticent, in 1962,  about spending nine months in the United States. Achebe and his peers were preoccupied with explaining Africa to the world (they certainly weren’t explaining Africa to Africans most of whom could not read them), which makes Clark’s America, Their America all the more remarkable. Not till the 2010s would the literature of African displacement proliferate—at least relative to any other period in Africa’s English literatures. We’ve already mentioned The Woman Next Door, a rare species of the genre. We can count Teju Cole’s Open City, Chimamanda Ngozi Adichie’s Americanah, Taiye Selasi’s Ghana Must Go, Maik Nwosu’s A Gecko’s Farewell and Dinaw Mengestu’s Children of the Revolution in these ranks. The lesser lights of the genre include Buchi Emecheta’s Second-Class Citizen and Julie Iromuanya’s Mr and Mrs Doctor, its bulkier alternate.

In addition to being Nigerian literature, Open City and Americanah are feted as outstanding works of American literature. They are As that are also Bs, somewhat complicating matters for Aristotelian purists who only see things in binaries. A Gecko’s Farewell is simply confounding for the categorist. It is an African novel alright and is perhaps that rare thing: a novel more continental than it is national. All three novels, alongside Mengestu’s, sometimes provide a tableau for the continental commingling more or less absent from literature set on the continent. Except they themselves travel (or become embroiled in the occasional back-and-forth—always puerile—on Twitter), Nigerians know precious little about the quirks of being Nigerian. Peter Enahoro and Elnathan John will try but a different set of eyes, as Mr. de Tocqueville once was for America, is perhaps more clarifying. One such moment, a throwaway rendered through the Ethiopian eyes in Children of the Revolution, turns about the brash Nigerian: “A half-dozen Nigerians, all friends with the owner, are pressed up against the bar, loudly ordering drinks and shots for one another.” The stereotype may be imprecise but is at least accurate enough to be instantly recognisable. And once she’s travelled abroad, Emecheta’s Adda has plenty to say about the Yorubas she encounters there. I have tacitly suggested elsewhere that our fixation on race and “clash of cultures” has perhaps prevented critical inquests into representations of the ethnic Other here at home, where, who knows, clashes with more clang might surface? And though I am again tacitly suggesting that there might be bodies to exhume here, I freely admit, again, that this is a simmering volcano best left to its devices.

(This is a multipart essay, and the next part will come soon) 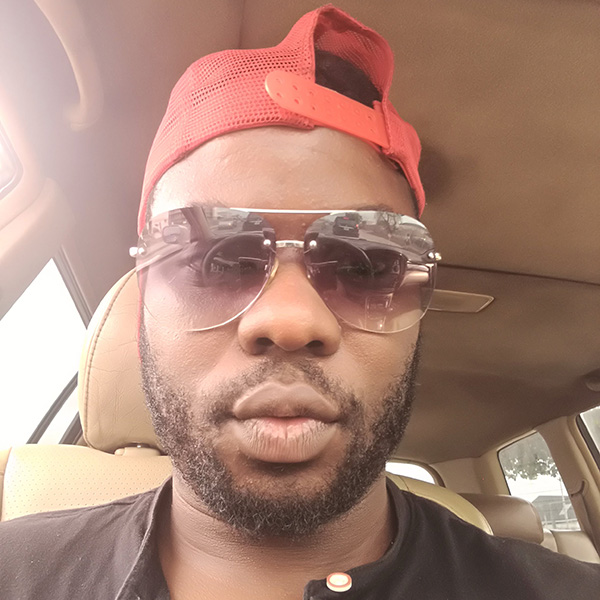