(For the fallen angels far more patriotic than us)

Before memory becomes disgusted and
Spit at the carnage perpetrated by men,
Recoiling with the chaos left on a shore
The way a woman snap her fingers over
Her head to ward off an abomination,

Write it somewhere as an elegy.

‘Nobody died at Lekki toll gate.’ He said
Into a microphone. The solemnity of his
Speech edged with a saline compound
Befitting a priest’s apprentice at a funeral
Service, only that a certain rusty image

That was the nightmare you witnessed last
Night, live, crowded your window: coconut
Heads on bent knees incanting their country’s
Anthem, praying their country’s flag that
Soon became corrupted with their blood.

But the-boy-selected-to-be-the-captain-over-
The-city-by-the-lagoon is a Truffaldino playing
A script given him. So he continued reading,
His voice became slanted for the protestants
And their crusade; cameras exclaimed at him.

Before he make you shift south into north,
Wonder if there was any n+1 redundancy
At work at the crime scene, or employ more
Tongues burnished by Judas’ silvers to question
And tarnish the dead who can’t speak no more

Write it somewhere as a witness.

No truth needs an air freshener to be
Aired; it is idempotent. My country is a
Gallows where a dream was murdered
By uniformed men in a Champions League
Night; my country is rented out to tenants

That have turned into murderous leeches. Even
Though no theorems or formulae can rescue
The truth from the lips of my country, not
Twitter, not Arise TV, Aljazeera, CNN, BBC,
Not even The UN or ICC, let the names of the

Lekki martyrs be published, let them be mourned
With weeping candles across world capitals where
The sole of their dreams will never again touch, let
The name of each and everyone of them without
Body or face be written that they may find peace:

Write it somewhere as an epitaph.

Tweets and hashtags may soon go the way of all
Flesh and get drowned in the Lethe River. Who
Remembers the tragedies of yesterday? Not my
Country long diagnosed with collective amnesia.
So before your memory, too, depart from you,

Write it somewhere as a testament

That Lekki Toll Gate Massacre happened
Where evil men connived with the night
And took the voice of citizens for wanting
To live, for daring to speak, and swear, it was
The place my country was murdered anew. 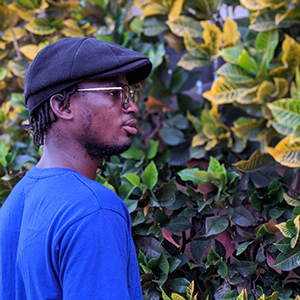 Tope Salaudeen-Adegoke is a Nigerian writer, literary theorist and critic.